Posted at 18:49h in Uncategorized by admin 0 Comments
0 Likes 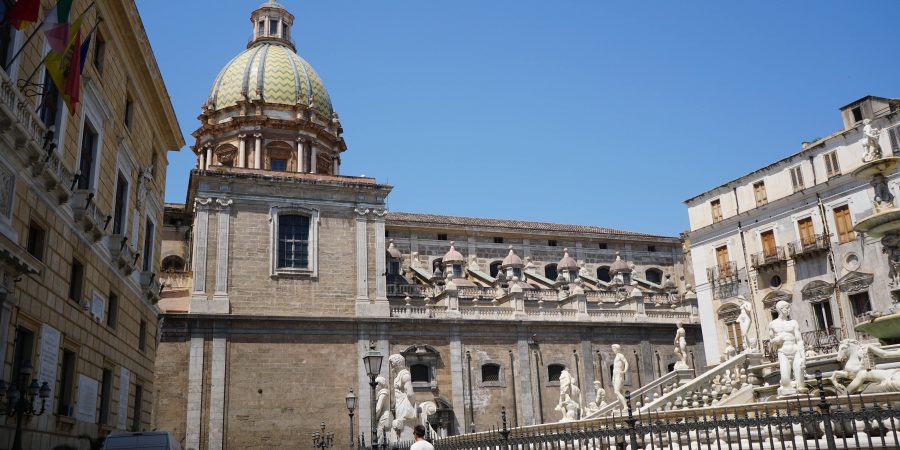 During the focus group held at IISS Volta school in Palermo (Italy) on January 28th 2020, students aged 14-15 years old focused on promoting Sicilian culture and in particular, by preserving their culture and popular dialect “il siciliano”. Today, a directive of the Italian Ministry of Education, MIUR, establishes the teaching of culture and Sicilian dialect in all schools, allocating a total of weekly hours for this purpose. This focus group was very important as it allowed to better analyse the cultural issues within our school, IISS Volta, highly specialized in technical and professional subjects.

We focused on the Sicilian language and all oral popular expressions as tools to convey messages that are not always expressible in Italian. The Sicilian language is rich in Arabic terms and contaminations of other cultures, and also reflecting different contexts and socio-cultural worlds: the peasant world but also the world of artisans and their leather processing. Our participants were local artists and craftsmen, where the border between art and craftsmanship is often subtle. Most of them worked on popular stories and narration as through orality we receive the Sicilian cultural heritage. Importance of the narrative technique “u cuntu” in Sicilian language. A project on Sicilian narration is currently underway: “Young storytellers growing up” Among our participants in the focus group, there were those who dealt with the tradition of puppets, a centuries-old tradition that has now become an intangible cultural heritage protected by UNESCO. The art of puppets and the puppet theatre is very important, as it’s a good way to communicate culture and transmit messages, and addressing to some educational purposes: “entertain by educating”

During our focus group we also talked about the importance of popular music, and in particular with reference to the historical and musical influences from other cultures and populations, that spread in Sicily and in the neighboring islands in the past centuries. The Sicilian language is also rich in metaphors so to convey messages and values. It is therefore rich in meanings. This is why its preservation is for local people fundamental.

Nowadays, the IISS Volta carry out several activities in order to promote the local dialect, including the organization of theatrical performances, inspired by the Greek literature and philosophers: Aristotle and Euripides, and that have been narrated in Sicilian language by the students themselves during their shows. The IISS Volta in Palermo was rewarded for its excellent work in this regard. Our students, currently “cultural ambassadors” and “ouRouters” are doing their best to ensure knowledge and preservation of their local culture!

Sorry, the comment form is closed at this time.